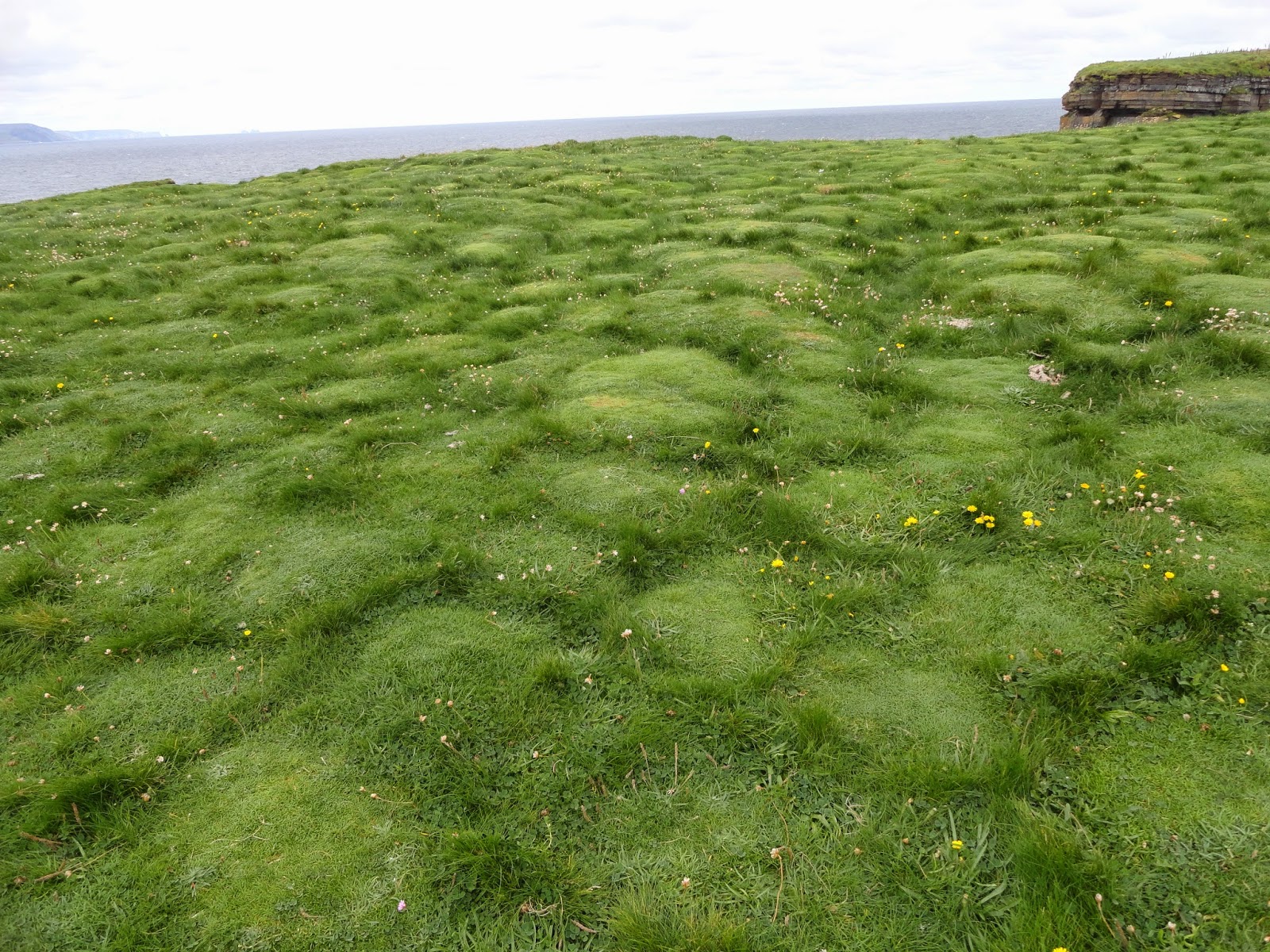 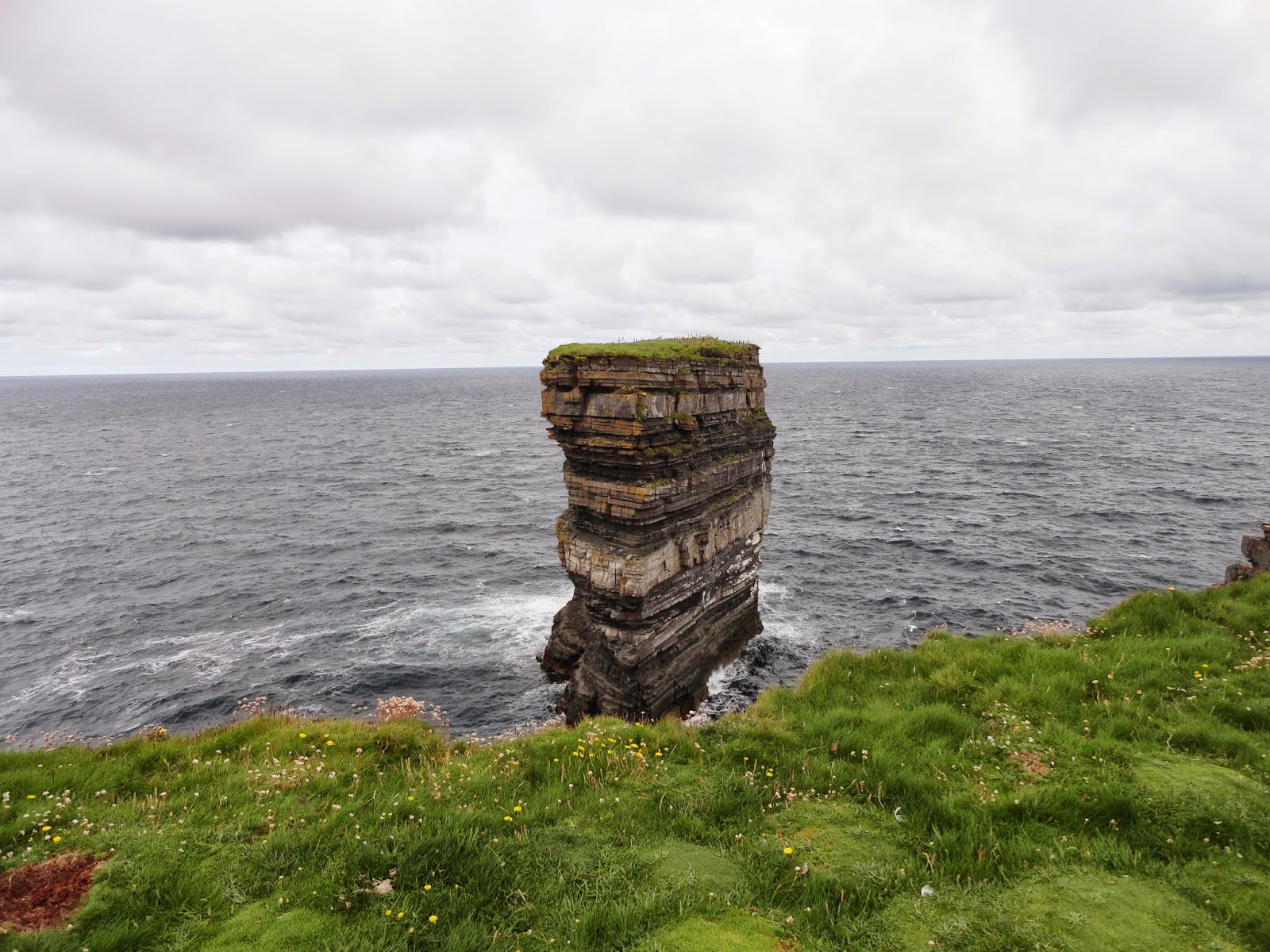 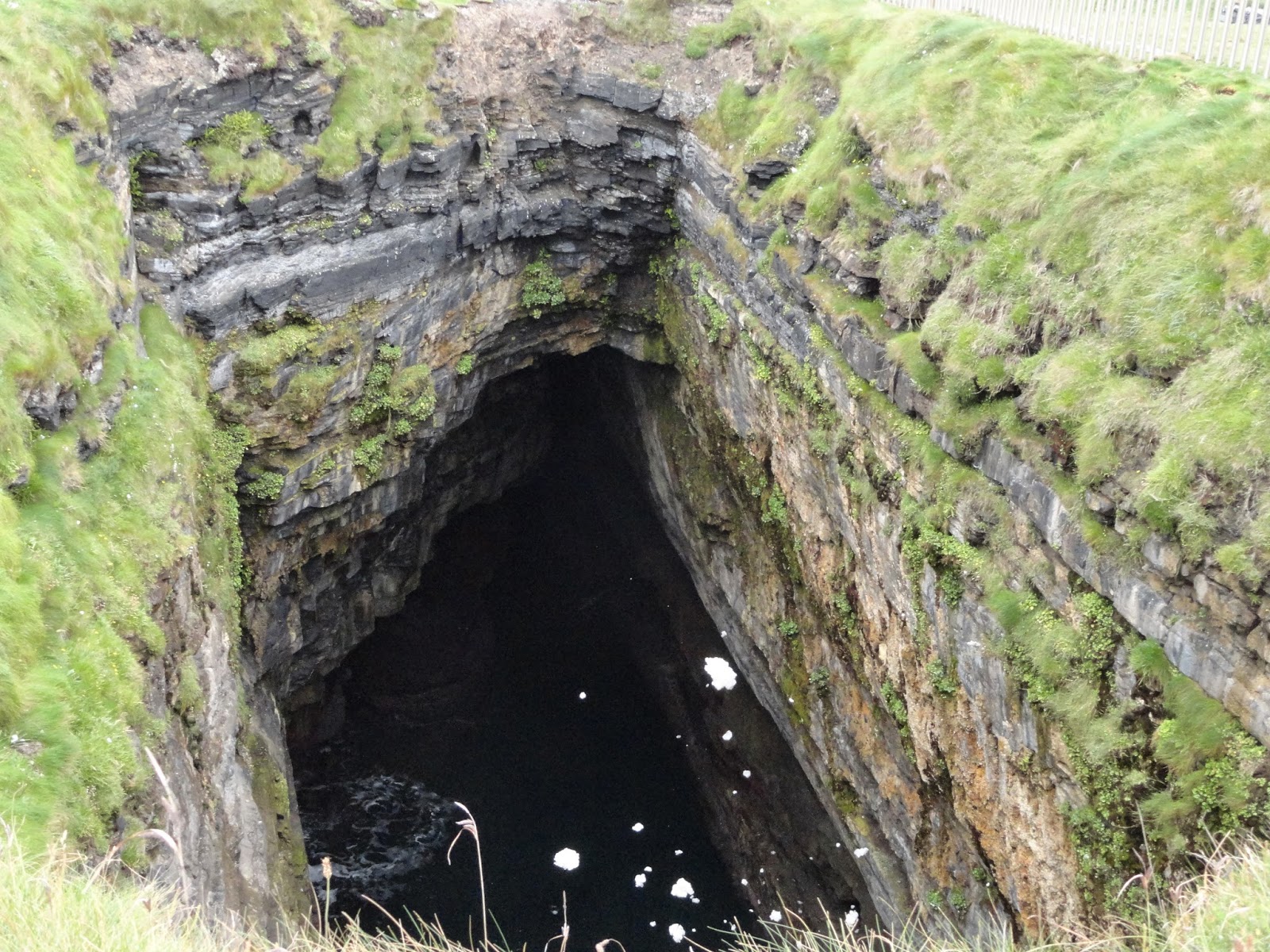 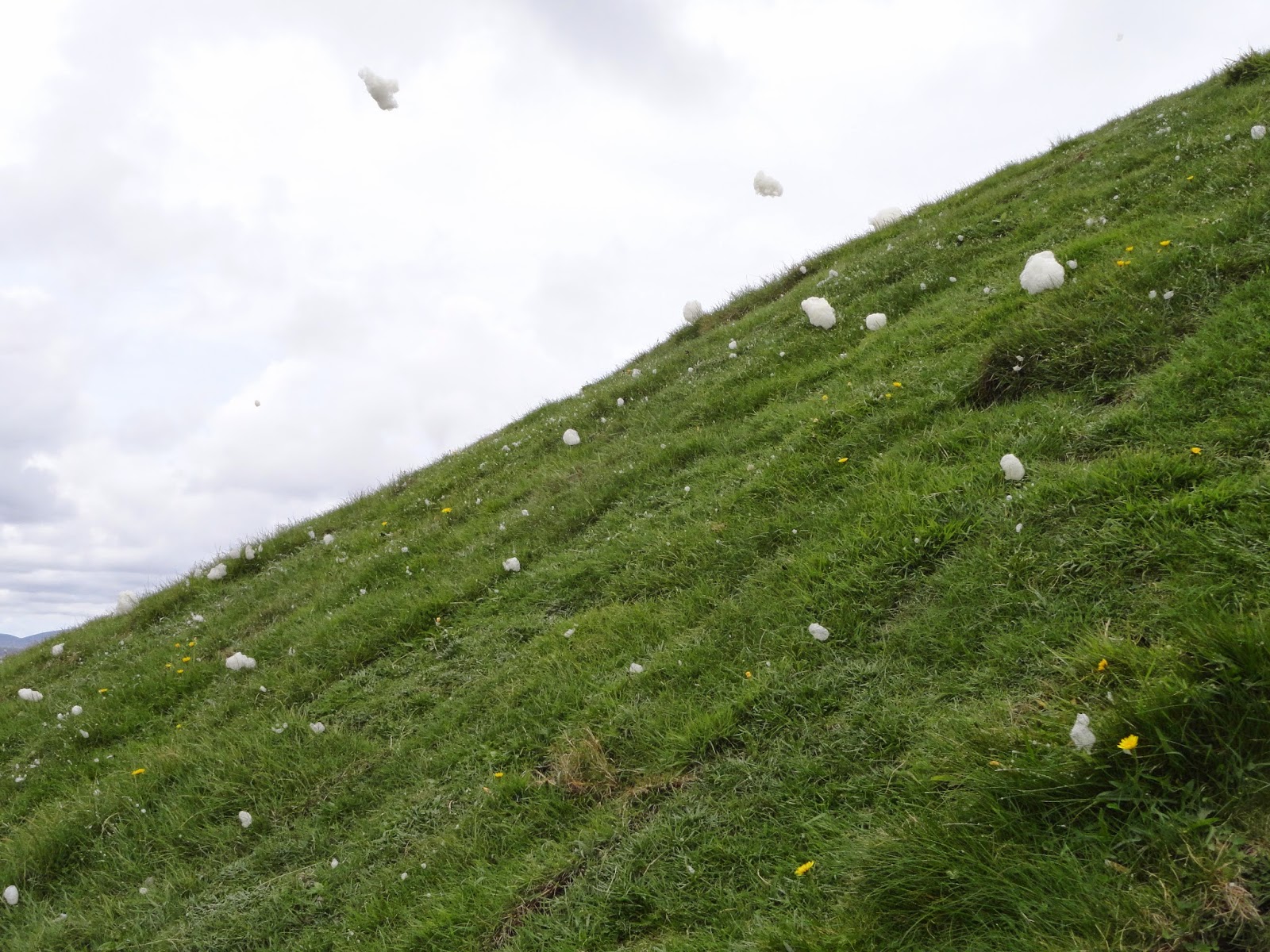 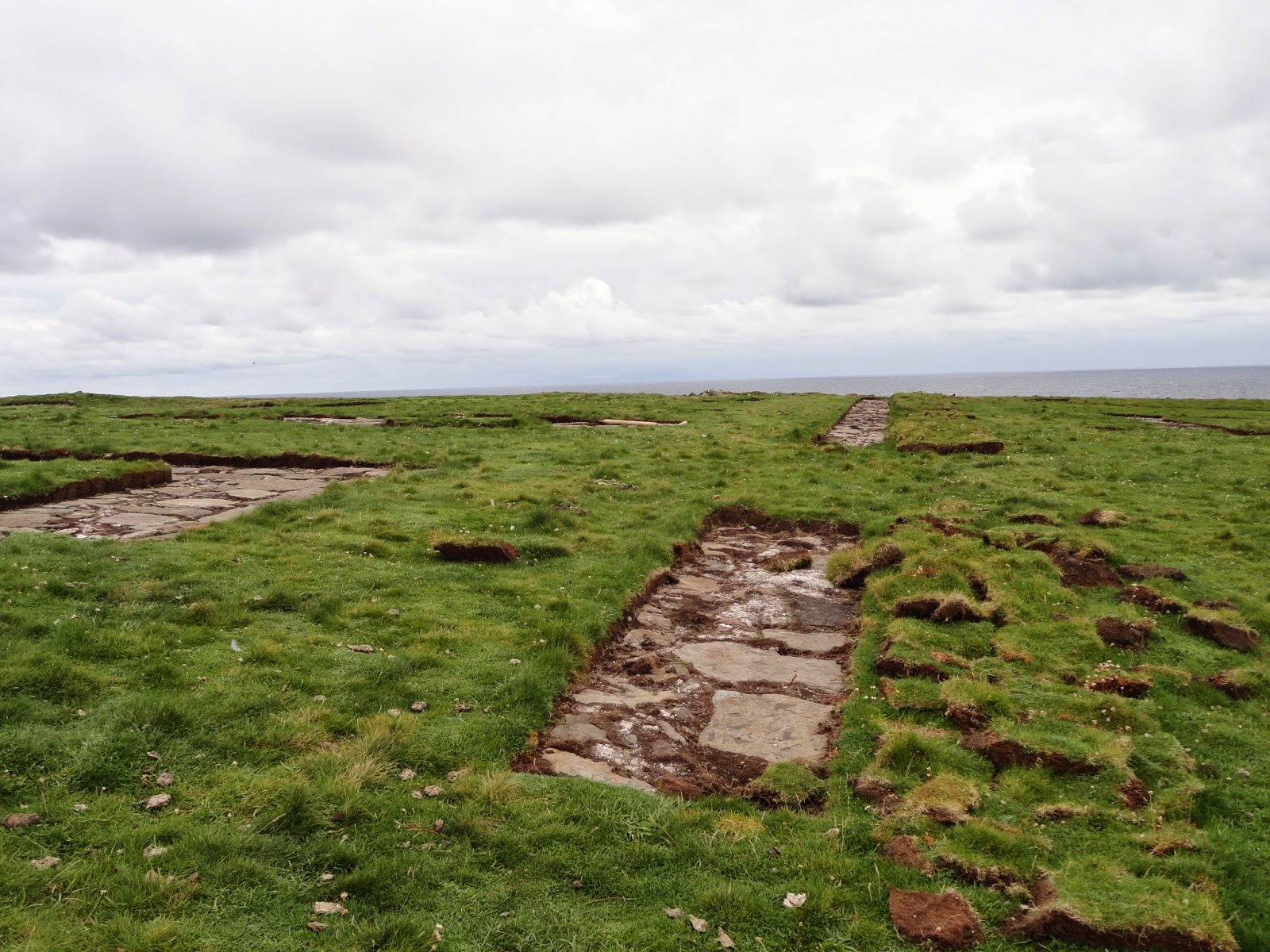 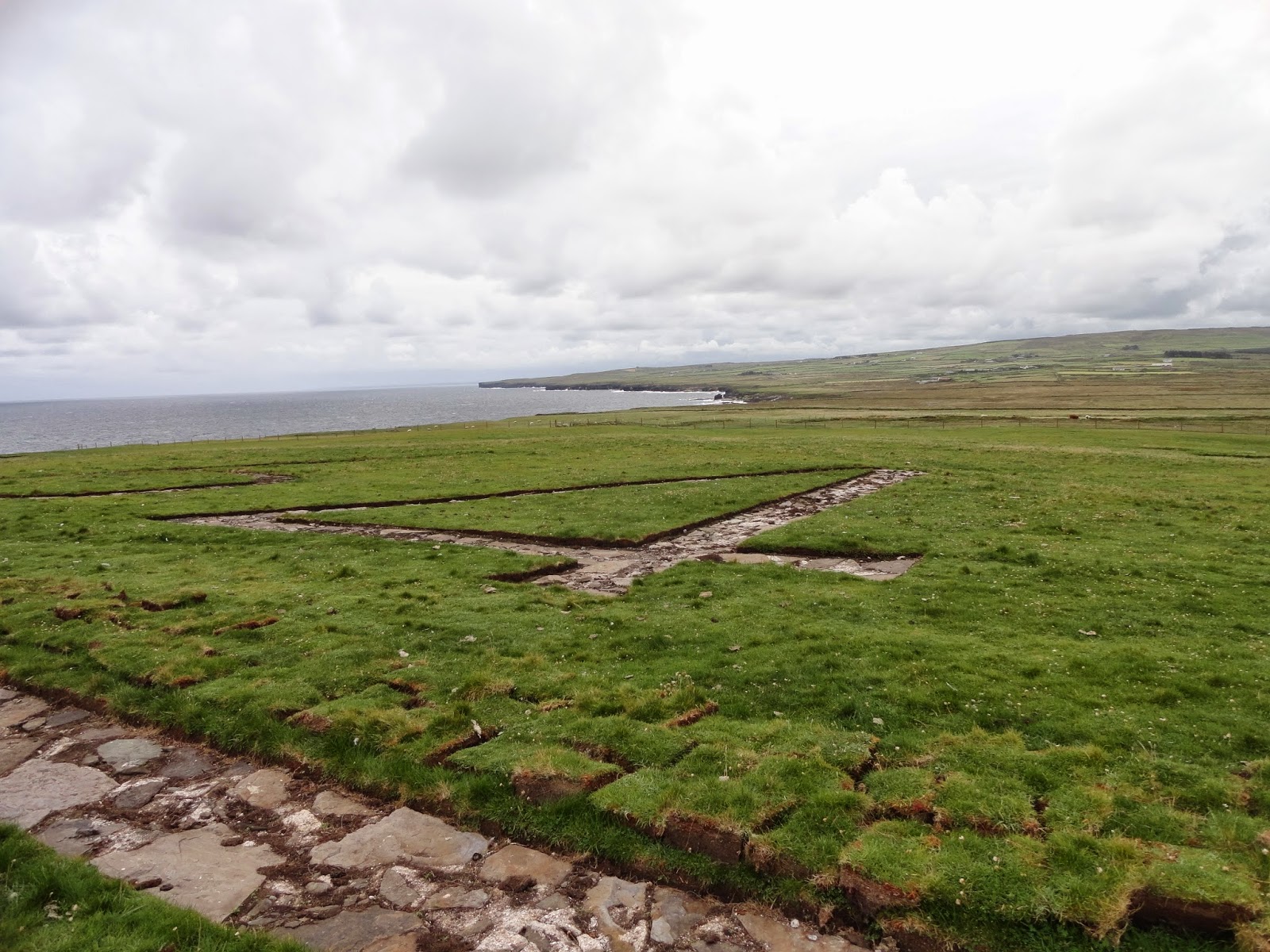 Nothing like a little history lesson to go along with the scenery!  To be continued...
Posted by Linda at 12:56 PM 10 comments:

I am off on the road again tomorrow, and I have SO missed playing along with Friday Fences, so I thought I would sneak one in today, just a little early!  Hope I get a chance to link it up with Jan and Jer when they go live!

We traveled over toward the mountains last weekend - hoping to see a little snow and get a carriage ride in it (Dianna at These Days of Mine made me so jealous with her lovely photos from Vermont!) and maybe get some nice photos.  We arrived at my aunt's house on Saturday and there was a small dusting of snow on the ground, but the temperatures were expected to get into the upper 50's so I was not expecting it to last long.  It didn't, but it was pretty while it lasted! 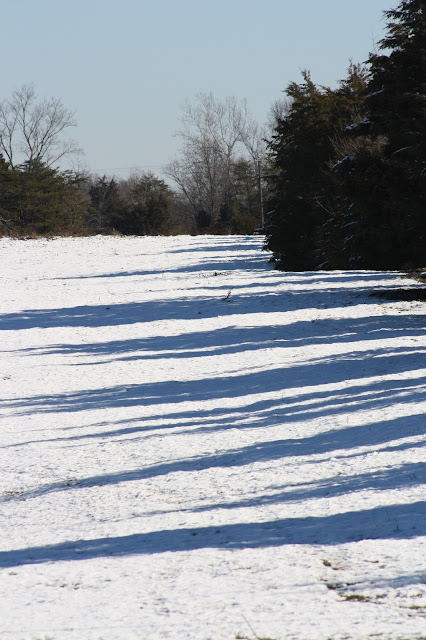 However, I did expect to see snow at the resort, because it is farther north and west.  I was very disappointed not to see any at all!  And, they told me they hadn't really had much when it did snow.  So, I had to be content to take a buggy ride in the cold, without the pretty snow.  Guess the gorgeous blue sky was a nice trade-off!
Linking to Friday's Fences (when the link goes live).
Posted by Linda at 5:51 AM 33 comments:

The holiday season always makes me think of family.  Today, the subject of my thoughts is my mother.  She turned 80 this year and is still going strong, managing a volunteer sewing group in Florida.  They make clothing for children, quilts and walker bags for nursing homes, and this year have even made blankets for the local animal shelter.  Over the course of 3 years, her group made over 30,000 diapers out of recycled T-shirts.  These were sent to Guyana to the Amerindian tribe there.  I am always amazed at her energy ( when I was a child I used to wonder if she ever went to sleep!).  Through one of her outreach projects, she developed an email correspondence with a Pastor in India.  The orphanage he oversees "adopted" her as Grandmother, and last year, on her 79th birthday, had a celebration in her honor, complete with banner and a cake! 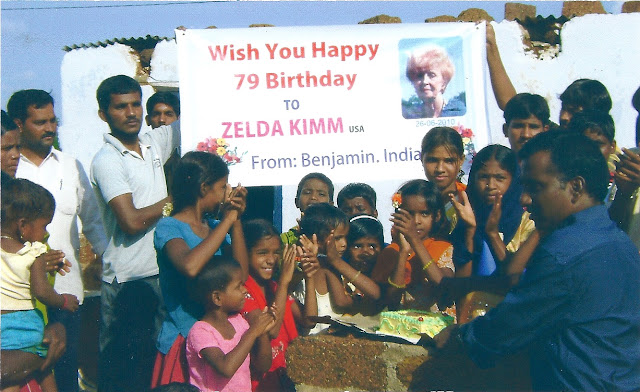 The biggest problem I can see with a blue funk is that you can get mighty comfortable there...TOO comfortable!  It becomes easier and easier every day to just drift along, accomplishing nothing, doing absolutely nothing productive that isn't necessary for life to continue, and sinking deeper and deeper into that sticky morass of yuk!

Well, tonight, after a successful trip across the river to see and purchase a gorgeous treadle sewing machine for my mother, I was feeling pretty good about the day.  Christmas decorations down and put away; extra Christmas decorations donated to Goodwill; house vacuumed, things back in their places.  With the tree down, I even got my side table back, so I can put my cup or glass beside me instead of on a small footstool.  (Are you hearing the whine yet?)

Because I try really hard to never leave home without the camera...well, we did have to return to the house to get it today...I had the opportunity to photograph a gorgeous sunset.  And, because I did that, I thought about how truly blessed I am, and began to feel just a glimmer of excitement about my photography again.  Dan even got off the interstate and pulled into the boat launch area so I could take full advantage of the evenig light.   And, as I clicked away, I realized that today I did have something to share with my readers. 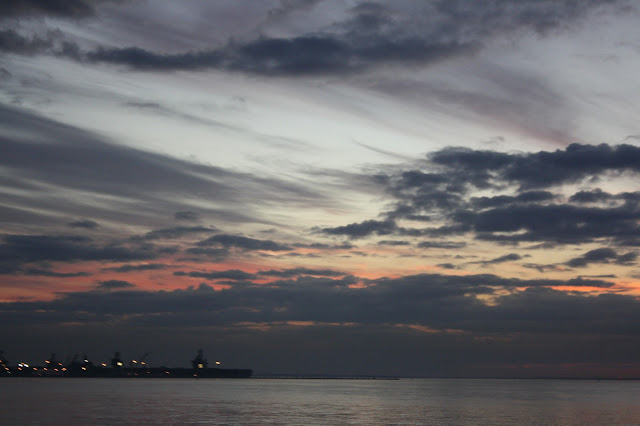 So, here you have it - I think I am starting to commence to begin to rejoin the world  (no, I am not crazy - I realize that is a whole lot of redundancy there...but my Dad used to say that, and I always thought it was a great way to say you were fixin' to do something). 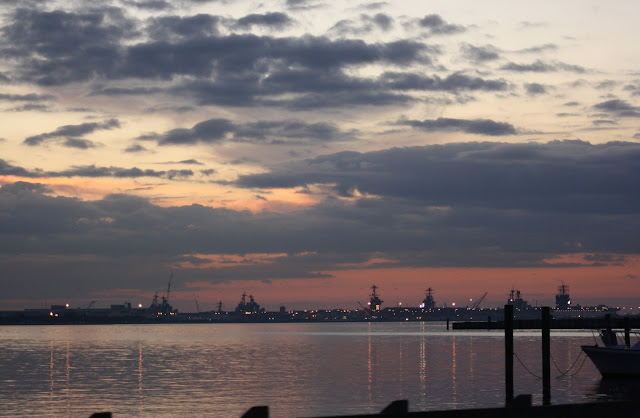 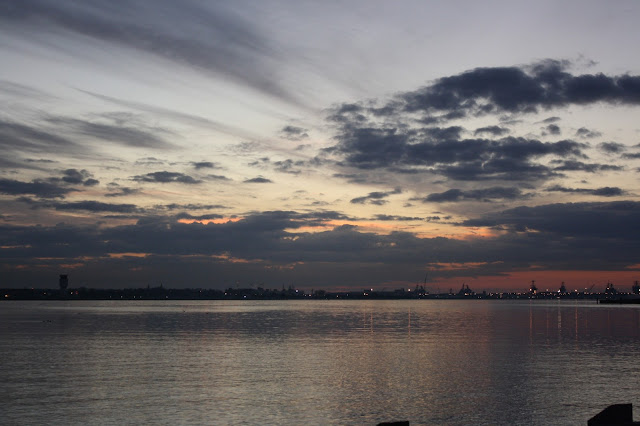 On the Other Hand...

At the risk of seeming completely crazy, and because I have received so many encouraging comments and suggestions regarding my blog, including some prodding from my husband, I have decided not to totally "retire" from blogging, but just to put things on hold, and post when I feel I have something interesting to contribute.

Thank you to all who made the suggestions, and made me feel that I would be missed.  So...no long post today.  Just a heartfelt thank you, and a Very Merry Christmas to all! 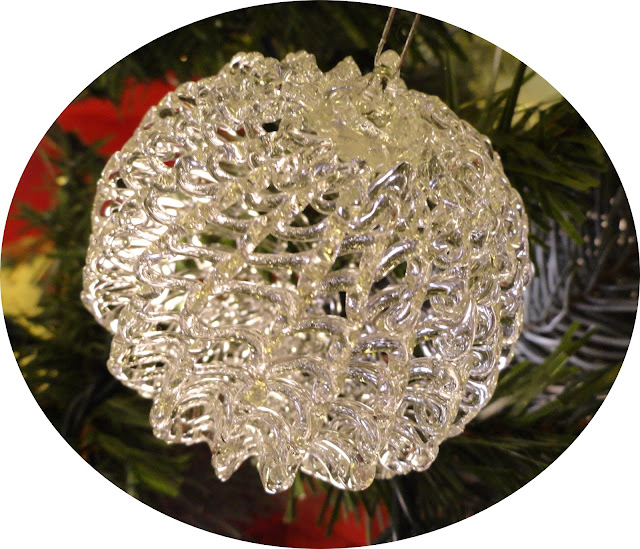 
It is confession time for me - after much thought and deliberation, pondering and wondering - I have concluded that I am going to "retire" from blogging.  I have been pretty absent for the last few months anyway, so this is sort of like a "no big surprise", but there it is, I've said it!

My foray into the world of blogging began like I begin all projects - gung-ho, full speed ahead, pull out all the stops.  I immersed myself in finding memes to participate in, trying to build up my readership, following blogs.  For a time, I even had another blog, just so I could participate in more memes.  At my ripe old age, you would think I would have learned the process by now, but apparently, I have not.  Anything that starts out like that for me, usually runs out of steam pretty soon.  It didn't take long for me to be spending 3 hours a day blogging - preparing, reading, commenting.

And then there were the photos that I had to find for each blog.  I spent many days roaming the countryside, camera in hand, looking for something to fit a particular idea I had.  It was great fun...until it became work!

In the meantime, Dan had his heart attack, with all the subsequent health issues, then his pacemaker.  I lost a cousin to suicide - the 3rd member of my family to take their own life since 2000.  I struggled with my extreme disappointment in the election results and worried about the future of the country.  Then there was Sandy Hook, another in a long line of senseless acts of violence.  I can't even watch the news any longer.

All of that, while battling my old demon, depression, has left me in a place where having to think hard to have something worth saying has become impossible.  Well, maybe not impossible, but certainly hard, and highly unlikely.

In addition to this, we are traveling more now, often in places where it is not easy to get online to post, or read.  I will be traveling to Ireland early next year to start up a project, and will likely be gone a month.  (I know - that's such a rough job!)  I will also accompany my daughter-in-law and grandson to Thailand for a month in the summer, to help her while she undergoes surgery to remove the bullet that has been lodged in her back since 1999 (victim of a drive-by shooting).

So, in keeping with my extreme preference for quitting before people beg you to go away, I am shutting down my blog.  I can truly say I have enjoyed reading the blogs, seeing the photos, and sharing the lives of the people I have "met".  It is an experience I would have hated to miss.

This next Wordless Wednesday will also be the last.  If someone wants to take it on, please do.  It has been great fun.

I leave you with wishes for all the best things in life.  May you walk in sunshine.  Peace and love to all of you!
Posted by Linda at 6:01 AM 14 comments: 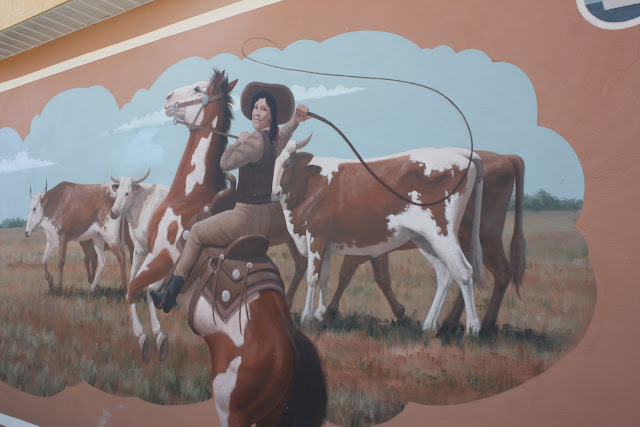 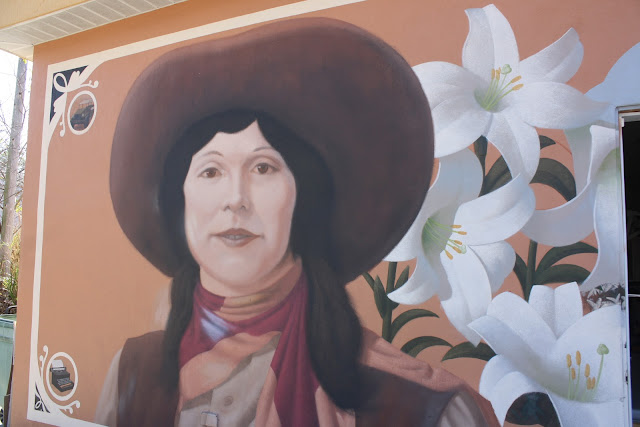 Jennie Reninger was born in Zion City, IL in 1903.  She lived a remarkable life, working as a rancher, real estate broker, farmer, and Easter lily grower, among other things.  She and her family had lost everything during the depression and lived in a one room shack.  She wrote a column for a newspaper, increasing their circulation by 50%.  She founded the Easter lily industry in Lake Placid from a gift of 14 bulbs.  They multiplied into 12 acres and the Reningers became wealthy during the war when Japan no longer exported lilies.

Someone set fire to her barn and destroyed $30,000 worth of bulbs.  Then a new grower brought in some diseased planting stock that introduced a virus disease that caused spotting on the lilies.  The end of the lily business came about during a big freeze.  Near the end of her ranching days, she bought a head of purebred Brahman cattle that grazed on her 63-acre ranch.  She was given the title "Good Will Ambassador and Official Greeter" by the Maggie Valley, NC Chamber of Commerce, and lived to the ripe old age of 94. 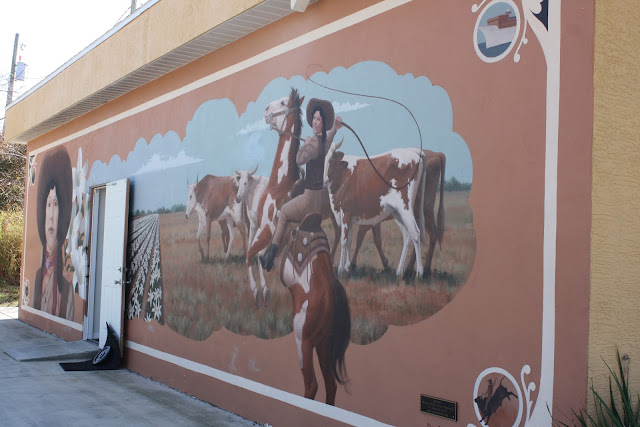 She took a challenge to ride a bucking bull in a rodeo and won $1 for her efforts.  She could take a cigarette out of your mouth with her whip, or strike a match from 10 feet away.

There are 4 things, in each corner of the mural, that represent parts of her life - a freighter, typewriter, bucking bull, and a vehicle.  Jennie truly was a remarkable woman.

Linking to Monday Murals.
Posted by Linda at 5:00 AM 21 comments: 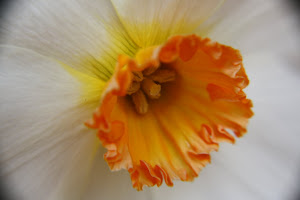 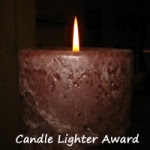 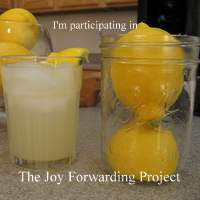 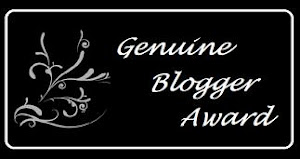 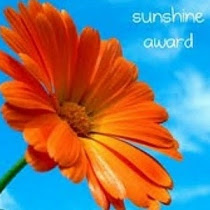 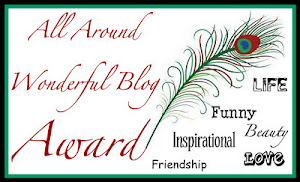